The game starts in a circle, with a person as a screamworm in the middle. The person in the middle walks towards a teammate and shouts at him or her as loudly as possible (“Waaah”). The screamed person screams back, then the starter turns around and goes to someone else in a circle to shout at him or her. The person in the circle who was shouted at hangs himself in the back and runs after the starter. Now the worm’s head is screaming at someone. He screams back, the worm’s head turns and screams at the person behind him. When no one stands behind you when turning around, you look for a new person in a circle who is shouted at. As a result, the worm gets longer and longer and changes direction again and again, so that people on both sides take turns hanging on to the worm. 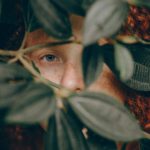 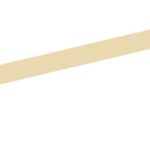 Slurp
At Slurp, everyone is in a circle, relatively close to each other. Someone is chosen who is going to start and a direction is determined. In turn, one now “slurpts” one’s body part (e.g. arm, foot or head) to his neighbors. You make a “slurp” noise (slurp and inhale) Then you are “glued” to the... Slurp